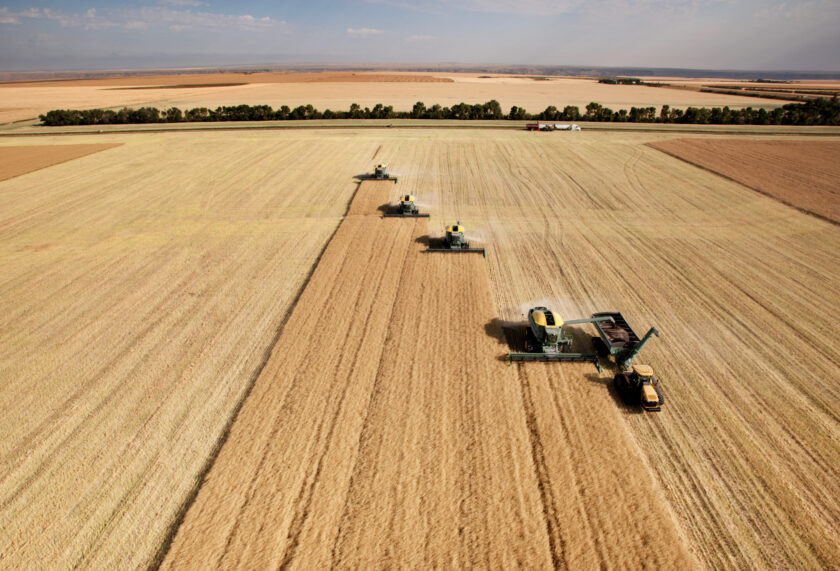 The Why What & Where Harvest Prophetic Word

A new era has begun where God is doing some revealing. This revealing or revelation that comes from His Wisdom will answer questions that many Christians are afraid to ask or only partially understand. It’s almost as if Christians have come into God’s movie while it has been playing for a while. They enter into churches and hear things that preachers speak, while not really understanding what they are saying. In other words, the preachers are using terminologies and ‘spiritual talk’ and leaving regular everyday people just coming into the church not understanding what it all means. Worse off yet, there is no one to explain what they are talking about because the congregants themselves don’t understand what their leaders are saying either. They are using “unintelligible speech or words.” Unintelligible speech is someone speaking in terms that are impenetrable, incomprehensible, unfathomable, ungraspable. To speak in unintelligible speech is to use words that people can hear, but it’s too lofty to understand. It’s like speaking physics to someone who cannot do simple math.  They are no better leaving that service than they were when they entered it.

However, God is now flattening the field. He flattens so that His chosen ones can now rise up and be seen. They will reveal what has been hidden from you. They will reveal what happened at the beginning of the movie. You will learn what parts you have missed and more importantly understand the ending.  You will learn why Satan exists in the first place and why in order to understand the end, you must also understand the beginning. This wisdom and understanding will release the same revelation that Peter received. They will identify Jesus as the Christ, The Son of God. Upon that revelation, they will say “where do I go from here?” And God’s Spirit will say “This is the way, Walk in It.” and “This is my Son, listen to Him.”

This is not a regular Christian walk as previously taught. It is walking within the relationship ‘between’ God and His Son. Many have not taught how to fear God which is the beginning of Wisdom from God itself.  And still, multitudes cannot tell the difference between what offends God and what doesn’t. Only those whom God has given His Wisdom and His understanding will be given the ability to open people’s minds as this revelation comes from the Father Himself.

Matthew 11:27 All things have been delivered to Me by My Father, and no one knows the Son except the Father. Nor does anyone know the Father except the Son, and the one to whom the Son wills to reveal Him.

It is by this Holy relationship between God and His Son, that the church is built upon. The rock is not a literal rock. The rock is the revelation that Peter received. It is the proper identification and acknowledgment of who Christ really is. Though Peter had a relationship with Him, it wasn’t until the revelation that He actually understood who Christ really was. Flesh and blood like I said before does not have the ability to reveal it nor explain it. It is only by the authority of Christ that His true identity is seen.

Matthew 16:16 Simon Peter answered, “You are the Christ, the Son of the living God.” 17Jesus replied, “Blessed are you, Simon son of Jonah! For this was not revealed to you by flesh and blood, but by My Father in heaven. 18And I tell you that you are Peter, and on this rock, I will build My church, and the gates of Hades will not prevail against it.

It is by this identity given by the Father and rightly so, that the church will be built. It will be built back correctly with purity as God commands. Many have been going through a lot of trials lately, because Satan knows that the masquerade is about to be over. Though many will not accept Christ through this revelation, they will end up believing in an idea of Christ rather than who He really is. Satan’s goal is for you to lose eternal life, by not knowing your Father in heaven. (John 17:3)So Satan rises to block your way to Him. In other words, Satan has to make you believe that he is God and that God actually instead has his nature. It is one of the reasons that people believe that God is a tyrant ready to punish us whenever He feels like it.

However, God has it all planned out. God is using Satan’s tactics as a means to glorify Himself and to show you how powerful our Father truly is. And most of all to show you that Satan really is a liar. You see when you have the relationship that exists between the Father and His Son, you will understand why He is so protective of His Word and why being in that Word is nothing but safe. It is by this ‘special relationship” that you will realize how lost many are in the world.

God told me a long time ago, “You don’t condemn lost people, you just bring them home.” He also reminded me that people don’t get lost on purpose.

Under the power of the Holy Spirit, the Spirit that leads us into all truth will cause this revelatory event to take place in an individual’s life.  He reveals Himself to whomever He wishes.  In order to understand the Father and the Son, one’s mind must be open to understanding the scriptures.  The breath of the Holy Spirit with the power of God’s Word will cause the revelation that will change your perception to God’s perception. It’s what the bible calls ‘seeing.’  He wants His children to see and understand this relationship. He wants you to perceive correctly on this special relationship that is mysterious and special in itself that even angels look at whom the true Sons of God actually are.

The revelation is two-sided as any sword. It cuts the wheat from the chaff and separates the wheat from the tares. There will be a clear distinction as even the false miracles and the fake gospel will fall to the ground as quickly as Satan did from heaven.  This is a revelation is such as a threat to Satan’s family (his angels and his human children) because it exposes him and his followers. It also reveals how Satan’s followers have left you in the dark concerning your Father and His Son. This exposure is not your everyday church saying of ‘expose the devil.’ This exposure is so profound that it’s an actual expose`. An expose is the process of revealing something embarrassing or damaging to be known by the public. It is the making known, the disclosing, or the revealing of Satan’s and his followers regarding their (intentions, secrets, etc. and to reveal or unmask (a crime, fraud, impostor, etc.)

This revelation will reveal if you have been tricked like Adam and Eve or if you have the Wisdom that comes from God.  The revelation in and of itself will show you how lost the church actually is. It will reveal the imposters and through that revealing bring the biggest gathering or harvest of souls together, so that sifting can begin.

God wants a Holy Church, pure and spotless. When you see the devil and his angels/family as they are, you will know your place and whether or not you are in Christ. You will also truly understand the meaning of “Believe in the Lord Jesus Christ and you will be saved.” You see this is not just a statement that one should just gloss over. Because if you are one of the truly repentant ones with a pure heart, you will see the wisdom from God found within it.

God is not pleased with the condition of the church, and even more so not pleased for those who have robbed His Word from Him.  The world is supposed to reflect the church. The church is NOT supposed to look like the world. God’s business is not making money and creating entrepreneurs. God’s business is saving people so that they can know the Father in heaven and His Son Jesus Christ.  He created His government before He created the earth governing authorities. He created His people to govern the leaders of the nations of the earth and not leaders to lead God’s ambassadors astray. So if the world is out of order it’s only because the church is out of order.

When God was training me and sending me into different churches to observe what they were doing, He said:

So God is flattening His own curve. He is looking at His church and how His bride is being presented to Him. The bride as it is today is filled with spots and wrinkles. These spots and wrinkles are self-appointed false apostles, prophets, and teachers/pastors, that are hirelings and not chosen by God. They are masquerading as preachers of light just as their father the devil does.

However, God is done with Satan running wild with his family left unchecked. For now, the same Wisdom that was present when the world was created and the same wisdom that was given to Solomon is making a ruling appearance, beginning with the Fear of God. We are entering the era of Wisdom and understanding that comes from God which shall bring forth the glory of God, the Word of God, and the Truth of God. Without question, if you have ever been taught wrong, you will never acquire wisdom. Because it is through the Why’s that one begins the journey of being wise. It is through the ‘what?” that one realizes how they have wronged God and it is through the Where? that one asks “Now where do I go from here.”

But no worries! God already set you up to be in this place in your life. Like Peter, many of you have been sifted because Satan wanted you to become one of his disciples.“Simon, Simon! Listen! Satan has received permission to test all of you, to separate the good from the bad, as a farmer separates the wheat from the chaff.

But Jesus has prayed for you so that you can go out and preach the Truth without lies. Therefore be joyful and humbled by the presence and power of God Himself, because the sifting is about over.

People are saying everywhere that it’s time for the harvest. It’s time for the greatest harvest of souls. But the part that is left out is with every harvest sifting occurs. Satan sifts you to see if you so that you can know the difference between God’s Word and his. He sifts to test your loyalty to God.  This sifting is the separating of those who will follow God and those who won’t. It is the sifting of God’s Word vs Satan’s word. The forerunners are nearly done with their sifting. And now the harvest is beginning. Are you ready? Because God is coming to collect His Words in all those who are His people.